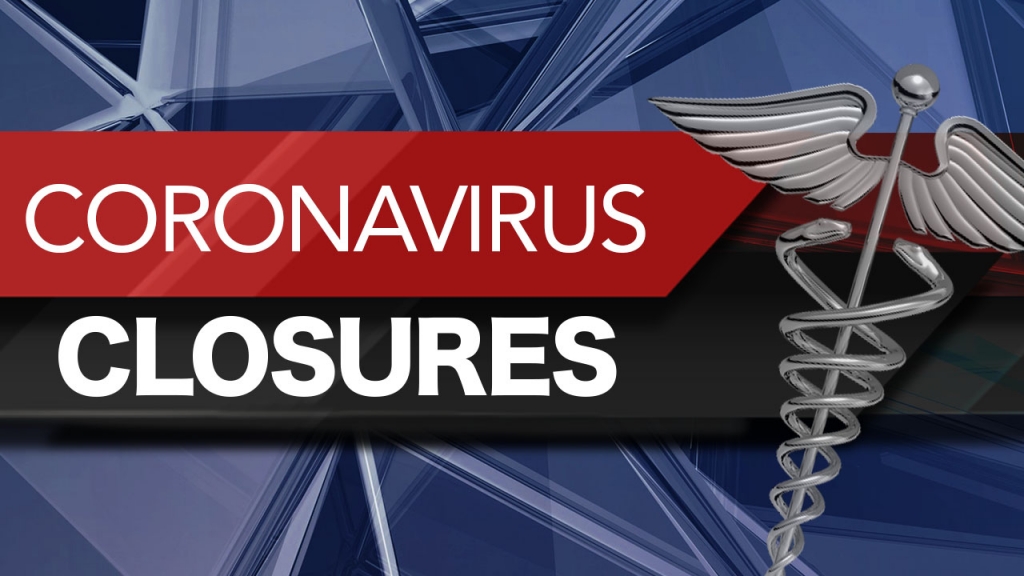 In efforts to prevent the spread of COVID-19 and to protect the community several North Texas businesses have announced closures or modified business hours.

We will be continuously updating this page as new closures and updated business hours are announced.

If you know of any businesses closings we should add to the list please notify us at DallasInteractive@cumulus.com

*The banning of gatherings of 50 people or more within the city.
*No dine-in service at restaurants.  You can still get delivery or drive-thru service.
*All gyms will be closed
*All theaters are closed
(These closures affect the city of Dallas and go into effect at midnight Monday, March 16th.)

The following stores in the mall have closed:

To check other modified hours or additional closings at NorthPark, click here.

In addition to the NorthPark stores listed above that are also at the Galleria Dallas, the following stores are closed until further notice:

The luggage startup is closing its stores for at least two weeks starting close of business March 16. It is also delaying the opening of a new store in Dallas.

All of the company’s Red Rooms will be temporarily closed in the U.S. and Canada starting Monday, the company said Sunday.

BEYOND will be closed started Monday through the end of March. They will be filming workouts for members to stream starting Monday afternoon.

All classes have been canceled for the week starting on Monday, the company said in an email. They plan to offer live streaming events during the temporary closure.

Capital One will temporarily close certain branches and all Capital One Cafés, company officials said Monday.

“Our Capital One ATMs will remain open 24/7 and we are committed to ensuring customers continue to have access to critical banking services like teller and cash transactions.”

Eight branches in Texas will temporarily close, but 61 others will remain open.

The fast-food restaurant is temporarily closing its dining room seating until further notice. Some restaurants may only offer service through drive-thrus, while others may be able to offer takeout, delivery or mobile order options, according to a Sunday news release.

All Columbia Sportswear brick and mortar retail stores will close on Monday and remain closed at least until Friday, March 27.

CorePower Yoga has closed all of its locations until March 30.

The gym, spa and fitness franchise announced March 15 that it would close its Atlanta, Chicago, Dallas, Los Angeles and Miami locations beginning Tuesday, March 17 and plans to remain closed until the end of March.

RELATED: Gyms in North Texas up cleaning efforts amid the COVID-19 pandemic

The Plano restaurant located at 1116 W. Parker Road will only be open for takeout and delivery through Grubhub. Its dining room will be closed, its owner told WFAA.

Kidzania Dallas has temporarily closed until further notice due to the COVID-19 pandemic. Those who pre-purchased tickets can use them on a future date up until Dec. 31, 2020.

The athletic wear retailer is closing its stores in North America and Europe, from this Monday through March 27.

Mudleaf Coffee in Plano will still be open, but will also be offering curbside pick-up for coffee and touchless pay stations in the store.

“We will be offering curbside pick up and touch-less checkout. Just call 469-931-2233 to place your order and pay over the phone, then we will run it out to your car when you arrive,” an email to customers said Sunday.

“Our cafe will still be open, and sanitized very frequently, for those of you looking to get out and/or needing a place to work from. We ask if you do not feel well to please refrain from coming in, and if you do feel fine please continue to wash your hands often and air five your friends and staff instead of touching.”

Nike announced it would close stores starting on Sunday through Mach 27 in select countries battling the virus, including the U.S.

The sporting goods retailer closed all of its stores and operations.

All 162 R.E.I stores will be closed from March 16 until March 27, the outdoor store said on its website.

The coffee giant has stopped offering any seating at all of its stores nationwide and all of its services will be to-go only as of Sunday, March 15.