Keyshawn, Jay and Zubin will feature the aforementioned Johnson alongside NBA and college basketball analyst Jay Williams and SportsCenter anchor Zubin Mehenti. The trio will discuss the morning’s top stories and overnight developments with their own perspective and analysis.

Johnson – who has headlined a morning show for 710AM ESPN in Los Angeles since 2016 – will regularly appear on Get Up and First Take. Williams – who is regularly heard as a guest across ESPN Radio’s studio show lineup – will continue his role on NBA Countdown and appear across the network’s TV studio programming. Mehenti has been a consistent weekend voice on ESPN Radio in recent months and will also continue to host select editions of SportsCenter going forward. 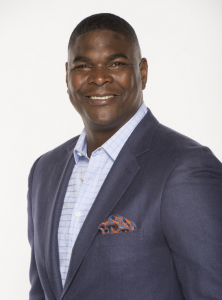 Keyshawn Johnson is a Super Bowl champion and All Pro wide receiver Keyshawn Johnson is a Los Angeles-based NFL analyst who
appears on SportsCenter and ESPN’s NFL studio shows. He joined the company in 2007 as an analyst the same day he announced his retirement from the National Football League.  Since 2016, Johnson has been the daily host for ESPNLA 710 AM, ESPN’s owned radio station in Los Angeles. Johnson was a member of ESPN’s Sunday NFL Countdown and Monday Night Countdown shows from 2007-2015. During that time he also contributed to Super Bowl week coverage and other events. In 2016, the Southern California native and resident transitioned to his new Los Angeles-based role. Johnson made his ESPN debut as a guest analyst (while still a member of the Carolina Panthers) on the main set during the 2007 NFL Draft.  He has served as a guest host on ESPN and ESPN Radio programs.

His on-air contributions have extended beyond football through personality and issue-oriented features and as part of major event coverage on both ESPN and ABC, including the SportsCenter Who’s Now series in 2007 during which he, Kirk Herbstreit and Michael Wilbon helped determine the “Ultimate Sports Star.” The top overall pick by the New York Jets in the 1996 NFL Draft, Johnson played for four teams – Jets (1996-99), Tampa Bay Buccaneers (2000-03), Dallas Cowboys (2004-05) and Panthers (2006) – during his 11 NFL seasons.  One of the most productive receivers of his era, Johnson had 814 receptions for 10,571 yards and 64 touchdowns in 167 games.  The three-time Pro Bowler helped lead the Buccaneers to a win in Super Bowl XXXVII.  In his final season in 2006, he caught 70 passes for 815 yards and four touchdowns, becoming just the 16th player in league history with 800 career receptions.

A Los Angeles native, Johnson grew up near the USC campus and was a two-time All-American at Southern Cal under legendary head coach John Robinson.  (He also served as a Trojans ball boy for six years during his youth.)  Johnson ranks among USC’s all-time great receivers with 168 catches for 2,796 yards and 16 TDs.  He had a school-best 17 100-yard receiving games during his career, including 11 consecutive regular season games, still an NCAA record.  He led the Trojans to a Cotton Bowl victory his junior year and a Rose Bowl victory his senior year – earning back-to-back bowl MVP honors. During his senior year in 1995 he caught a Pac-10 record 102 passes. Johnson was inducted into the Cotton Bowl Hall of Fame in 2007, the Rose Bowl Hall of Fame in December 2008, and the USC Hall of Fame in May 2012. He earned a bachelor’s degree in history from USC in 1996. Prior to USC, Johnson was a Junior College All-American at West Los Angeles College.

In addition to his ESPN analyst role, Johnson is CEO of First Picks Management, a development company that focuses on franchise businesses in the foodservice and hospitality industries, and he is CEO of Keyshawn Capitol Development, a real estate company with projects in both residential and commercial space in the Los Angeles area. In 2008, the Michael Awards named Johnson the “Best Dressed Man” of the year. A year later, Johnson added interior design to his resume with “Keyshawn Johnson: Tackling Design,” an 11-episode reality home design series on A&E. He also appeared in an episode of the Food Network’s “Iron Chef America” as a celebrity guest judge in February 2009, and he started his own wine label, KJ1, in 2012.

Jay Williams is roundly considered one of the most prolific college basketball players in history, is an NBA analyst on ESPN’s longstanding NBA pregame show NBA Countdown and regularly contributes to several ESPN shows including Get Up, First Take and The Jump. Williams became an ESPN full-time game and studio analyst in 2008, after working for the network as a commentator in 2003. Williams joined at the start of the 2014-15 season as an analyst on ESPN’s College GameDay – the popular Saturday morning and evening college basketball program that originates from the Saturday Primetime game-of-the-week telecasts. He was a constant on ESPN and ESPN2’s weeknight 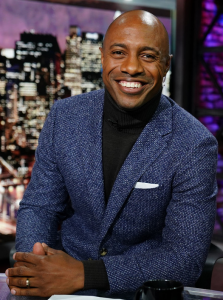 Before joining ESPN, Williams was an analyst in 2007 for CBS College Sports Network, primarily working the NCAA Men’s Basketball Tournament. He previously was a contributor to Fox Sports Radio 99.9 The Fan in North Carolina.

As a starter for three years at Duke, Williams won the Naismith College Player of the Year award, the John R. Wooden Award and the Oscar Robertson Trophy. Williams averaged 19.3 points per game, 6.0 assists and 3.7 rebounds for the Blue Devils, while shooting .453 from the floor and .393 from 3-point range. He also led Duke to a 95-13 (.880) record and the 2001 NCAA National Championship. He averaged double figures as a freshman, which helped earn him the ACC Rookie of the Year award in 2000 and recognition as a first-team All-America player. In his sophomore season with the Blue Devils, Williams shattered several school and NCAA records. With 841 points and a 25.7 ppg average, he topped Dick Groat’s 49-year-old record for most points in a season. Williams also set an NCAA Tournament record for 3-pointers attempted with 66. His 132 3-point field goals amounted to the sixth-highest total in NCAA history; his conference-leading 21.6 ppg designated him as the first Duke player to lead the ACC in scoring since Danny Ferry in 1989. Williams’ 6.1 assists ranked second in the league, while he also ranked second in 3-point field goal percentage (.427) and first in 3-pointers made (3.4 per game). At the final game in his junior year, Williams’ No. 22 jersey was retired at Cameron Indoor Stadium. His jersey also has been retired and hangs from the rafters at his elementary school and high school, St. Joseph’s High School in Metuchen, N.J.

Williams was drafted second by Chicago in the 2002 NBA Draft, just behind No. 1 pick Yao Ming, and started 54 of 75 games for the Bulls in the 2002-03 season. During his first season in the NBA, his most memorable performance was a game against his hometown team, the New Jersey Nets, during which Williams scored a triple-double. He also played for the U.S. National team in the 2002 FIBA World Championship.

An accomplished entrepreneur and spokesperson, Williams is the CEO and National Director of Special Events for Rising Stars Youth Foundation based in Long Island, N.J., using basketball as the vehicle to promote education and provide academic and financial assistance to students within the program. He is also the President and Chairman of his own company, Jay LLC. He is a member of the NBA Retired Players Association, a voting member of the John Wooden Awards Committee and sits on the board of USA Basketball, and has been the spokesperson for Athletic Advantage, a sports physical therapy and performance development center in Durham, N.C. In 2002, Williams was graduated from Duke with a bachelor’s degree in sociology and business, becoming the first athlete at the university to earn a degree in just three years. 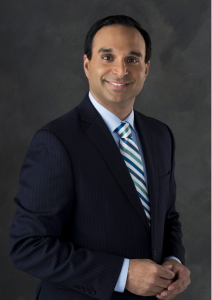 Zubin Mehenti joined ESPN in 2011 as a studio anchor. He often hosts nighttime editions of SportsCenter on both weekends and weeknights and sometimes anchors SportsCenter on the Road segments from college football games or other big events. Prior to joining ESPN, he was a sports anchor/reporter at KDVR-TV (Fox) / KWGN-TV (CW) in Denver for six years. Before that, Mehenti  was weekend sports anchor at WOI-TV in West Des Moines, Iowa (September 2001-September 2005) where he wrote, edited, produced, shot video and filed reports for various newscasts and two-locally produced sports programs on Central Iowa’s ABC affiliate. Prior to that, he was the weekend sportscaster at New Jersey’s WMGM-TV, and his first job out of college was as a producer at WPIX-TV in New York for former CBS News correspondent Melinda Murphy. A New Jersey native, Mehenti is a graduate of Rutgers University with B.A.’s in Journalism and Political Science.