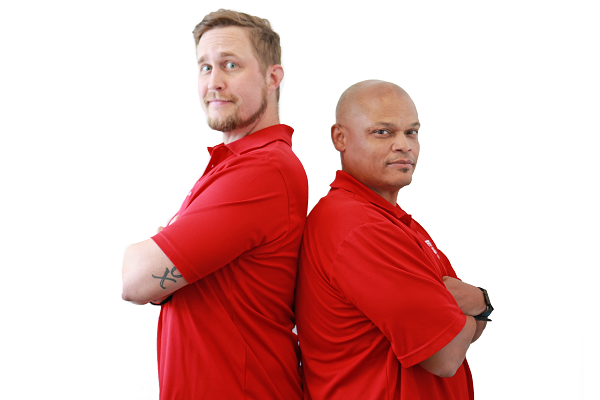 JJT is a graduate of Dallas’ Skyline High School, where he and Olympian Michael Johnson were close friends. He attended The Ohio State University and covered Jim Jackson before the Mavericks drafted him.

He has been covering sports in Dallas-Fort Worth for over 25 years, serving as the Cowboys Insider/Columnist for NBC 5 in addition to his daily duties co-hosting the JaM Session

JJT  covered the Cowboys exclusively from 1995 until 2007 at The Dallas Morning News, when he was promoted to columnist. He’s covered 22 Super Bowls, two World Series, two NBA Finals, a Stanley Cup Finals, the 2010 Olympics in Vancouver and a host of special moments such as Emmitt Smith breaking the NFL’s all-time rushing record.

His approach is blunt and honest because “It’s not my job to have hope, faith and optimism. The glass is not half-full or half-empty. It’s a half a glass of water.” When he’s not on 103.3 FM, you can find the same pragmatic, “red pill” opinions on Twitter (JJT_Journalist) and Facebook (Jean-Jacques Taylor).

Matt McClearin, who joined 103.3 FM ESPN in the fall of 2016, was named the co-host on The JaM Session in September 2018. Prior, McClearin had been a staple on ESPN Radio 103.3 FM programming serving host of the Cowboys Pre and Post Game coverage, hosting The Show on Saturday afternoons and filling in on weekday programming.

Prior to joining 103.3 FM ESPN, McClearin a 17-year radio vet, made stops in: Gainesville, Florida; Birmingham, Alabama as a daily sports talk show host on WJOX 94.5; and a previous stint in the market where he served as the pre and post-game host for the Dallas Stars.

A native of Rockwall, McClearin went to college at Texas State University, Matt has been a lifelong fan of the Cowboys, Stars, Rangers, Mavericks and Texas Longhorns – despite both of his parents graduating from The University of Oklahoma.

When he’s not on the air, Matt, a craft beer aficionado can be found supporting one of the many North Texas Breweries/Tap Rooms or local businesses throughout Dallas-Fort Worth. In addition to supporting local businesses, Matt continues his local support musically enjoying Texas country music acts Pat Green, Josh Abbott, and Shane Smith & The Saints. He also enjoys maintaining an active lifestyle swimming, playing golf, and participating in Triathlons.

Matt is a father to one son, Maddox, who is 7 years old currently in the 2nd grade. You can contact him on twitter @McMatt1033 or email him at Matt.McClearin@Cumulus.com