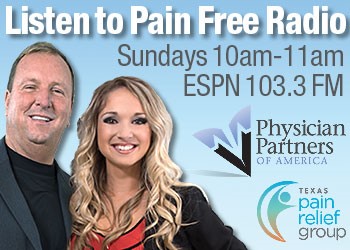 The latest chapter in the Luka Doncic vs. Trae Young chronicle is on hold Saturday when the Atlanta Hawks visit the Dallas Mavericks.The two players have been ceaselessly compared to each other since the 2018 NBA Draft. Doncic was chosen as the third overall pick by Atlanta, but had his draft rights traded to Dallas in exchange for the draft rights to the fifth overall pick — which turned out to be Young — and a protected 2019 first-round pick.But their anticipated third head-to-head meeting won’t take place on Saturday. Doncic, who sprained his right ankle in practice Thursday after stepping on a teammate’s foot, will miss at least six games, the team said on Friday. It is the same ankle that Doncic sprained in December and caused him to miss four games.Atlanta has won three of its last five games and five of its last nine. Dallas, which dropped a 128-121 decision to Houston on Friday, has lost two straight.This is the first meeting between the teams this year, with them splitting two games a year ago.Regardless of Doncic’s status, the transaction between the clubs has worked out nicely for both teams. Doncic, 20, was chosen as a starter for the Western Conference in the upcoming NBA All-Star Game. Young, 21, was chosen as a starter for the Eastern Conference. The Mavericks said Doncic is expected to be able to return for the All-Star Game.It’s the first time that multiple players under age 22 were chosen to start an All-Star Game since Kevin Garnett and Kobe Bryant were picked in 1998. The last time two second-year players started the same All-Star Game, as Doncic and Young will do in Chicago, was in 1996 when Jason Kidd and Grant Hill got the nod.Doncic already has 12 triple-doubles this season and is one shy of tying Jason Kidd’s career franchise record of 21. He is averaging 28.8 points, 9.5 rebounds and 8.7 assists. Doncic averaged 22.5 points, 9.5 rebounds and 4.0 assists in two games against Atlanta last season.Young is averaging 29.4 points, 9.2 assists and 4.6 rebounds. He has 18 double-doubles — including one against Philadelphia on Wednesday when he had 14 points and 10 assists in the first quarter en route to 39 points and a career-high 18 assists. Young averaged 20.5 points, 7.5 assists and 2.0 rebounds against the Mavericks last season.”I feel I needed to prove myself a little bit,” Young said.In Doncic’s absence, the Mavericks will likely lean heavily on veteran Kristaps Porzingis. He scored a season-high 35 in the loss to Houston. Doncic’s loss may be partially offset by the acquisition of center Willie Cauley-Stein from Golden State, but the center has mustered only six points in two games with the Mavs.The Hawks will likely again be without center Alex Len (right hip flexor), forward DeAndre Bembry (right hand neuritis) and center Bruno Fernando (left calf strain).Dallas coach Rick Carlisle, in his 12th season with the team, remains one win shy of 500 with the Mavericks. He is on the verge of becoming only the 13th coach to win 500 games with one team. He is 780-645 (.547 winning percentage) overall.