The Saturday Sports Brunch is the premier weekend sports talk show in Dallas-Fort Worth featuring some of the biggest names in media and stars from the Dallas Cowboys. With one of the longest tenured beat writers for the Dallas Cowboys, Clarence Hill and the always entertaining DJ Ringgenberg your Saturday afternoon’s from 11-2pm just got a lot better 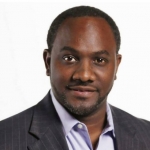 Clarence Hill Jr joined 103.3 FM ESPN in the Fall of 2016, took over hosting duties on The Saturday Sports Brunch in September of 2018. Clarence, or ‘Chill’ as he is known has been, and still maintains a strong presence on the station’s flagship program Football Firing Line as well as a frequent fill-in host and guest on 103.3 FM ESPN’s programming.

In addition to his work with 103.3 FM ESPN, Clarence has been a beat writer for the Dallas Cowboys with The Fort Worth Star-Telegram since June of 1997. During this time, as his twitter biography says, he’s covered the countless scandals surrounding the team, the controversies, and the team’s two playoff wins since taking over on the beat.
A native of Schulenburg, Hill is a 1998 graduate of the University of Texas, is a die-hard Texas Longhorn fan, and currently resides in Arlington. Follow and talk with Clarence on twitter, @clarencehilljr or via email at chill@star-telegram.com 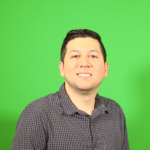 DJ Ringgenberg was born in Duncanville Texas, raised on Dallas Sports Radio. A graduate with a degree in journalism from the University of Iowa, DJ worked in various capacities around the DFW market before landing with 103.3 FM ESPN

His current station responsibilities include reporting on the Cowboys and Rangers, 11-6 update anchor and board operator for J Dub City and Dennis and Cowlishaw, ESPN Game Night rotating host, as well as the occasional fill in roll on the ESPN Mavericks Radio Network.

In his free time, DJ enjoys spending time with his family, live music and accepting all pickup basketball challenges. You can follow him @DJR1033 or email him at Daniel.Ringgenberg@Cumulus.com.